A tradition in R&D @ Coveo

This year marked the 14th edition of our summer party for the R&D team at Coveo. We now call it Coveo Camp, but used to call it simply Duchesnay, since it has always been held at the nice Station touristique Duchesnay, near Québec City.

It all started because…

Coveo was founded in 2005 out of a spin off of Copernic. As most startup, we worked really hard to come up with the hottest features customers would want and to deliver the first official release of Coveo Enterprise Search. After close to 18 months of working on the release, the R&D team needed a well deserved break, so Richard Tessier (one of Coveo’s co-founder) and I had the idea of doing a one-half-day and one-night off site to have fun.

It was in June of 2006 that the first Duchesnay was held. It consisted of a tree-top adventure in the afternoon and free time afterwards, which meant for most of us volley-ball and beer until dinner and, well, more beers, games, and fun until late at night. The event was highly appreciated by everyone present and we still use several pictures from that event once in a while - sorry, can’t share them! 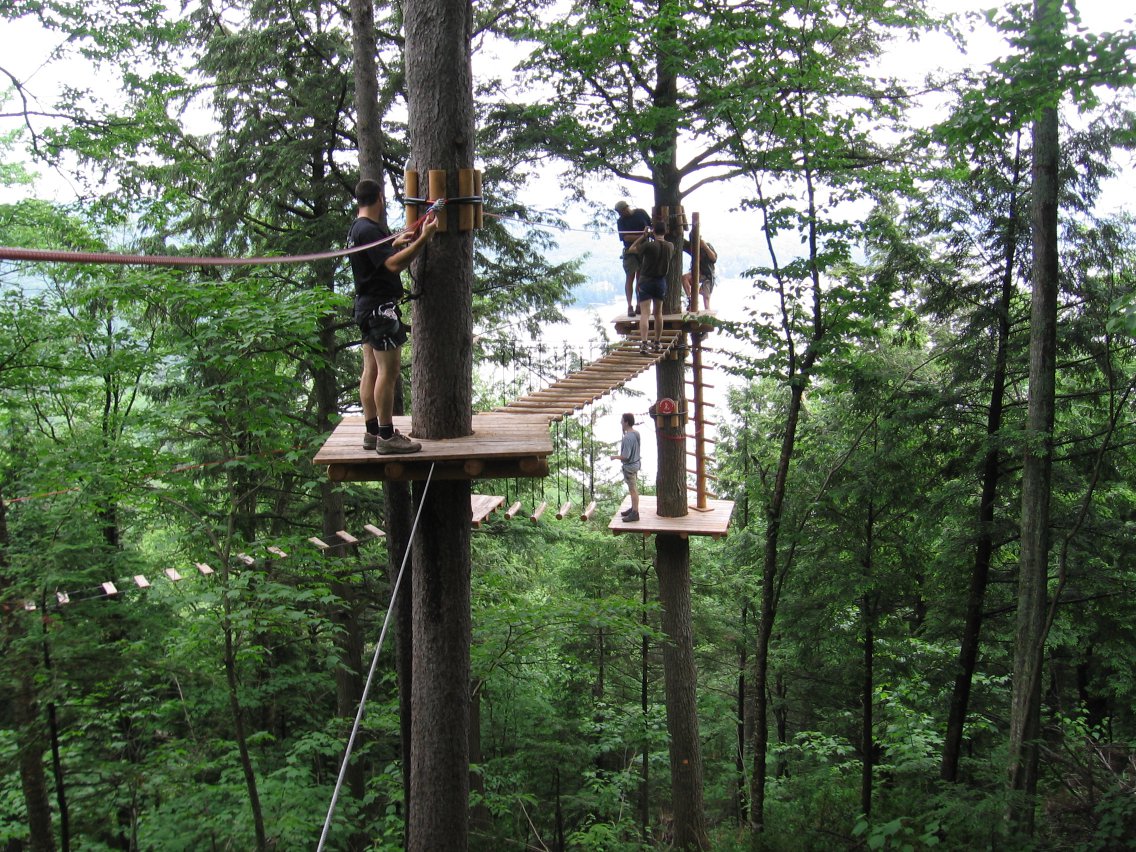 How Coveo Camp has evolved

We wanted to create more than just a party. We wanted to create an event with Duchesnay. There are several activities available at the station to choose from, but they didn’t quite fit what we were looking for. And even though we wanted to give people free time to enjoy, we wanted to find an activity that would help people bond together. We decided to create a challenge for the people to solve in teams and each team would compete to win prizes.

This quickly became a project that starts months before Coveo Camp and includes 5-8 people to come up with the challenge, buy the necessary materials, test the challenge, and handle all logistics for D-day. An important point here, the goal of most challenges is to have fun and thus the materials teams receive is, let’s say, not optimal for the task. Here’s a few sample of challenges we held:

I have to admit that finding a new challenge every year gets more complicated, but the results are worth it.

What was the challenge in 2019

For the 2019 edition, there were 148 people at Coveo Camp. This number includes only employees from R&D. For the challenge, each team had to build what we call a deployment pipeline. This is refered to as a Rube Goldberg machine. At Coveo, we develop a cloud indexing platform, among other products, and we follow the devops principles. As such, we have made 368 deployments in the last quarter, all of this with the help of our own deployment pipeline. We wanted to find a challenge that people could relate to. The challenge consisted of building a pipeline on which a marble must travel from point A to point B, which is about 2 meters square, without any human intervention. The marble can trigger another mechanism which could release another marble or any other similar bright ideas. The point is that as long as a marble moves, you’re good.

That’s not all. The first team needed to connect its pipeline to the second team and so on for a total of 20 teams. For this, we bought for $386.63 of materials at the local dollar store. You should’ve seen the face of the cashier when we arrived with our 4 shopping carts!

All teams immediately started working on their design and implementing it. Some teams showed a lot of creativity, while others just went straight from point A to point B. So to add a little challenge and/or fun, at least for the organizers, we modified the rules on-the-fly. This year, we added points if there were curves in the pipeline and even more points for loops (actually, a couple of teams managed to have working loops!).

After about 90 minutes of hard work by the teams, well most of them at least, since it was going too well for most teams, we came up with a little surprise. We asked all teams to switch station and work on another team’s design and implementation. It was like asking developers to stop working on their design and implementation and instead continue working on the design and code of someone else. All of this without any documentation! We had a lot of reactions at first. Some teams were so into their designs that they were completely disappointed and told me about it. Others were taking this as a challenge. That led to something like: 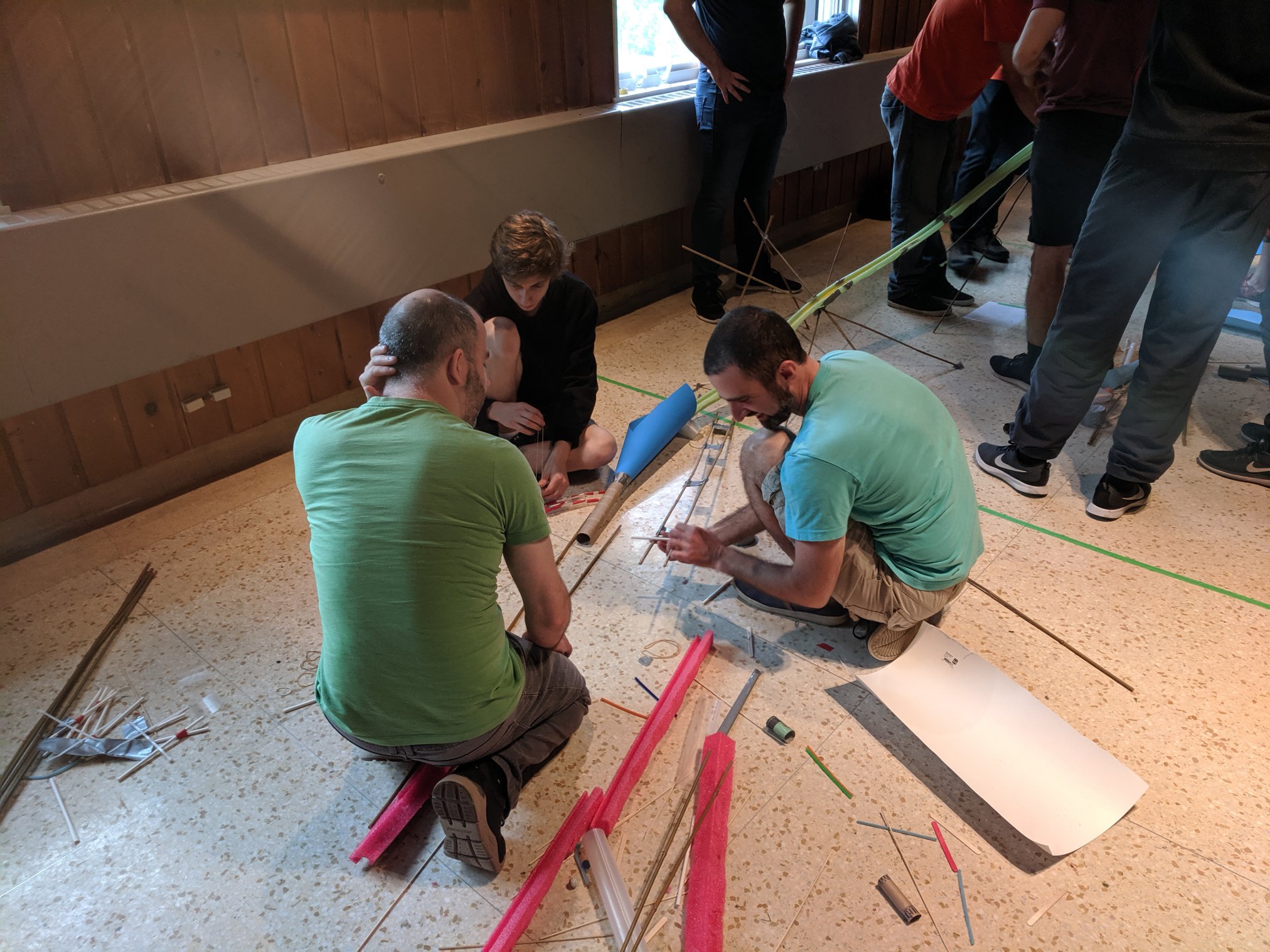 Some teams completely destroyed the existing work and started anew, while others tried to understand and held a meeting with the other team to understand what was the design and goal. Someone even felt so bad about what they did and giving the other team that he asked if he could help the new team instead of their own? In the end, I got a lot of good comments on that specific directive and people really liked it.

Compared to the previous years, this year’s challenge was a lot more about cooperation than competition. Because teams needed to connect their pipeline together, they constantly helped each other. We tested the whole pipeline twice since it was so much fun. You should have seen the hype before the marble was let go at the beginning of the pipeline. And during the whole pipeline, people were screaming and laughing. I swear it worked on the first try! It was a really nice challenge and we will have a lot of work to come up with something as cool as this next year! 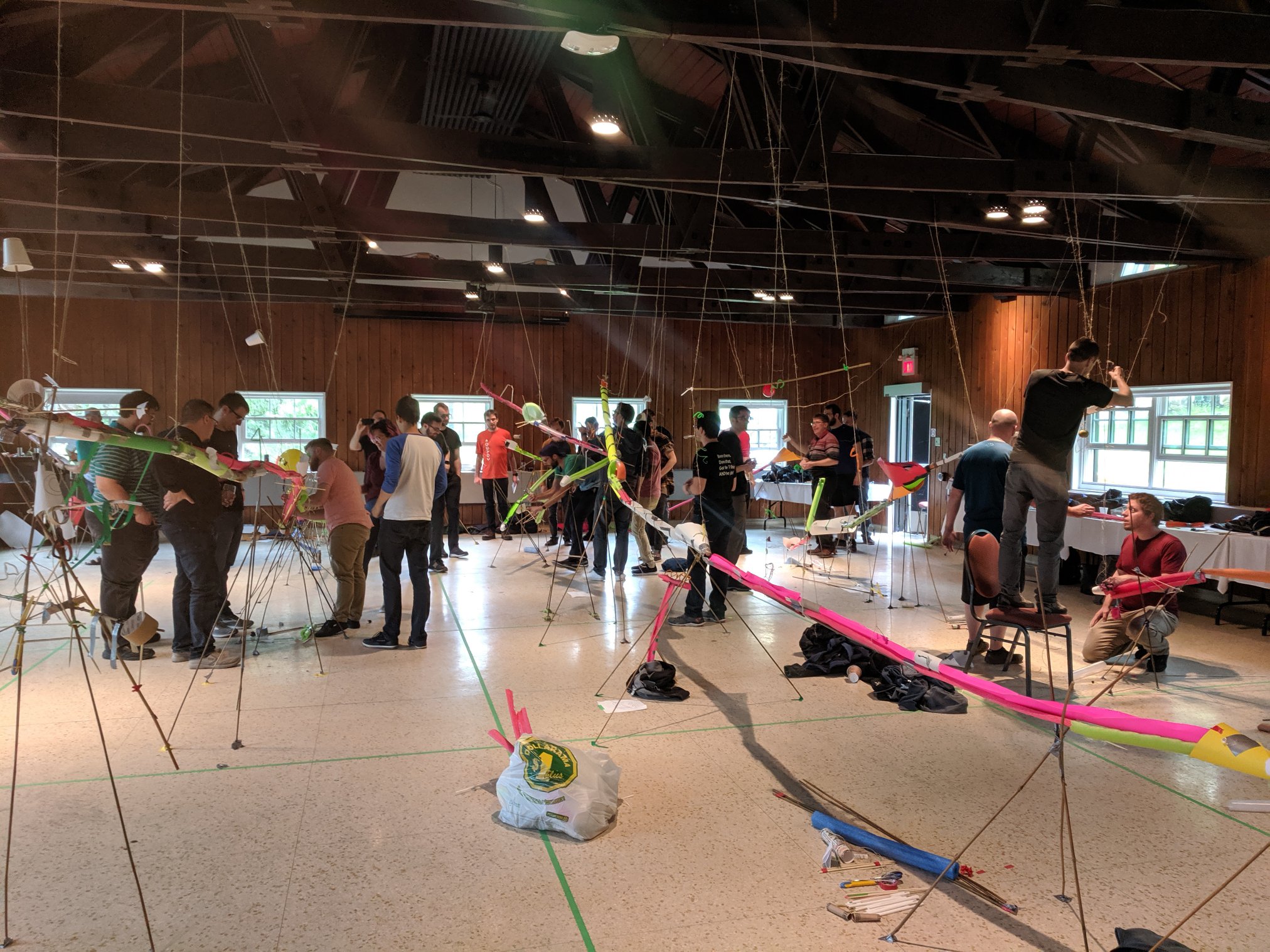 Oh, who won? Well, don’t tell anyone, but we didn’t really count points for the teams. Winners are decided by the organizers, usually by feelings mostly!

Once the challenge is completed, we have lunch and then it’s free activities. Some people play volley-ball, others go for a run or simply grab a beer and talk about something important, or not. This year, there was a board game tournament, which was really appreciated. I’ve talked about beer and I must note that Daniel, who’s the one responsible to buy the beer, takes his time to choose different beers so that everyone has something they like or want to try. There were 24 different kinds of beer this year.

For dinner, we have a company come cook a Méchoui for us. They come in late morning and start cooking the meat outside. 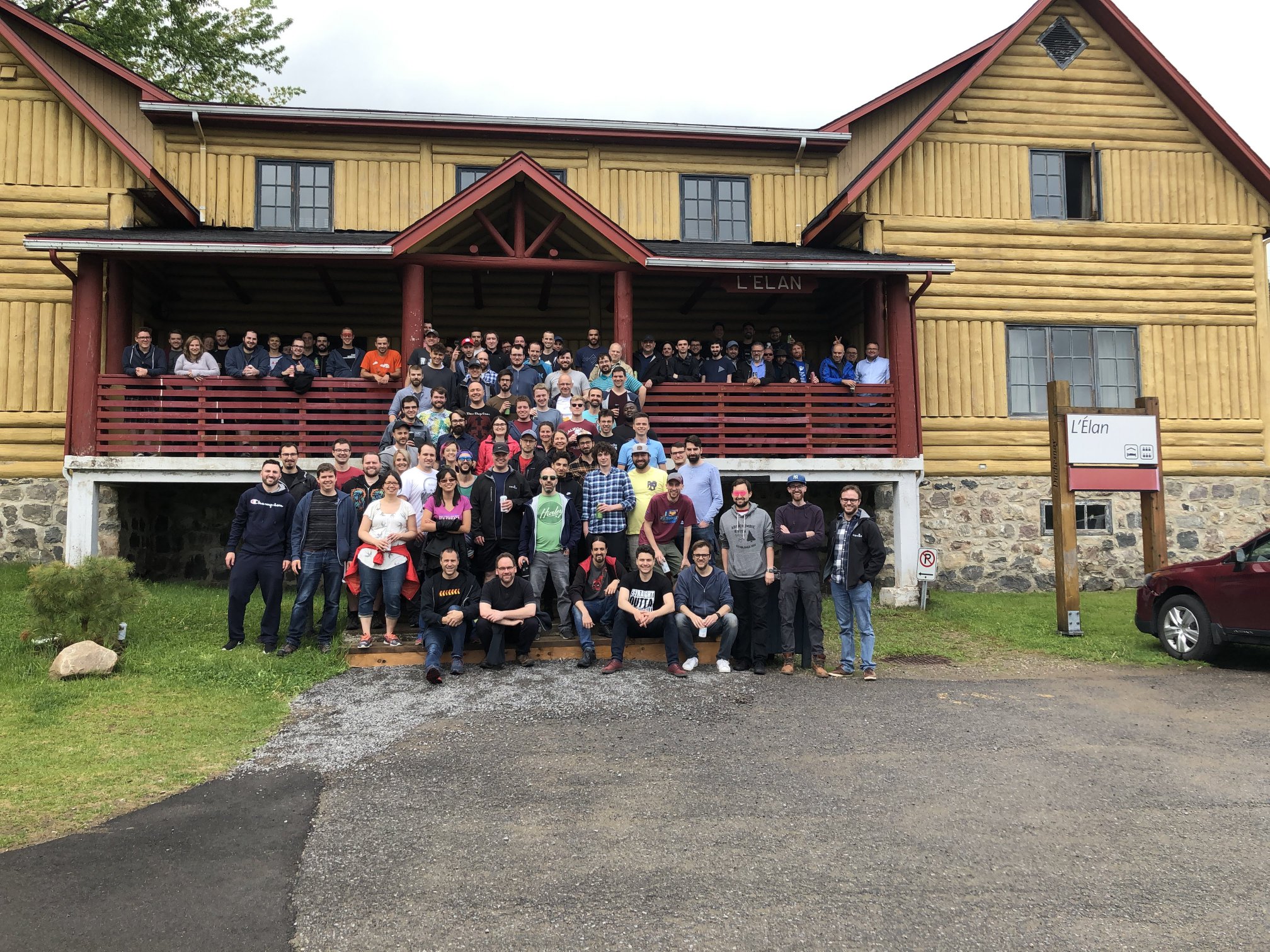 We expect to be close to 200 people next year, and with so many people attending, we already need to start preparing a long time in advance and I’m sure people are looking forward to it. And, of course, we are already brainstorming ideas for the next challenge!